The Hobbyist
by George Vatistas

The Chair
by Peter Simeti

Till Sunset
by David Woods

The Dark Hunger
by Anthony Williams

The Verity
by Lyndon Ives

The Farmer
by Sylvain Guerin

The Hag: Bloodline
by Chris Borgo

Monsters of the Night
by Ruben Navarro

The Next Door
by Barrett Burgin

Among Others
by Alicia Gonzalez

Burn in Hell
by Jarno Vinsencius

In This Economy
by Ty Huffer

The Pyramid
by Michael Fausti

Unto Death
by Jamie Hooper

One Day Without Gravity
by Julio Secchin

The Contractor
by Danger Vision

The Burrow
by Chloé Galibert-Laîné

Snake Eating Its Own Tail
by Tuomas Anttonen

The Coltrane Code
by Monica Mazzitelli

The Boogeys
by Sanjay F. Sharma

The Penny Dropped
by A D Cooper

Page One
by LeMar McLean

The Goatman of Kananaskis
by Tristin Deveau 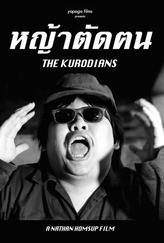 Edinburgh’s cobbled backstreets become a dark dreamscape brimming with supernatural menace, where reality fuses with the surreal in a psychedelic haze, as a cynical psychic investigator looks into a spate of murders in the city perpetrated by a pair of vampiric lovers, who feast upon those they kill.

Directed and Written by Nathan Homsup

Surreal fun comes in the form of this black and white, sci-fi / fantasy / comedy movie from Thailand that seems destined to be a late-night cult classic.

THE CALL OF CHARLIE

In this macabre Lovecraftian comedy of manners, a trendy Los Angeles couple sets up a blind date for two of their friends -- one of whom is an evil deity from beneath the sea…

A young man arranges his suicide with an illegitimate euthanasia agency in South Korea and hopes to die peacefully albeit he doesn't get the care he signed up for.

In the middle of rural Australia, a man is running away from his past. He soon becomes stuck inside an empty petrol station, hoping to escape. But the station is more certain of his chances than he is….

A teen fan fiction writer takes her boyband obsession too far in a twisted confrontation with the object of her desires.

Two men go about their business, removing the departed from local mob hits, when business as usual suddenly becomes rather unusual.

YOUR DATE IS HERE

After dusting off an old Mystery Date-style board game, a mother and daughter realize the game holds more evil than amusement.

A man obsessed with pagan gods and saving the planet prepares for the ultimate sacrifice. (Previously titled “No Choice”, the film’s script was awarded as the Best Short Script winner at SHIVER 2016.)

An experimental animation or a ‘found’ corporate promotional VHS tape from 1984 that conceals a brain-altering signal which is said to grant increased health, longevity and psychic powers to those who watch it? View at your own risk...

FEAR IN A HANDFUL OF DUST

Two people travel along a shore in a post-apocalyptic wasteland. Behind them a mysterious figure is constantly approaching.

An underwater adventure takes a deadly turn when a one-man submarine descends into the realm of the Hallucigenia, an ancient terror lurking in the darkest depths of the ocean.

Karl is a senseless wandering ghoul roaming through a world of the hunger-less undead and accepting yet resentful humans, until he discovers a craving that leaves him completely and utterly without hope.

Madrid, 2030. In a world ravaged by the fight between governments and citizens, one member of the resistance has got a mysterious device that can finally end the war – if he can escape from the drones that guard the city.

A woman trapped inside a strange server room must deal with manifestations of her tattered past until her time is up.

Eight-year-old Julie is hanging out with her wayward father while her mother has a night out with her friends, but things go awry when Julie is left alone in the car as he heads into a bar for another drink.

A burned flag is found at a school where anarchy rules leading to a no-holds-barred investigation to find out the truth and punish the guilty ones.

Three schoolgirls get more than they bargained for when attempting to communicate with the dead in an abandoned basement.

Congratulations to all our 2017 Official Selections / Finalists! 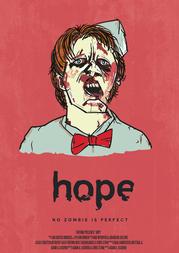 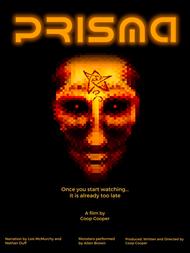 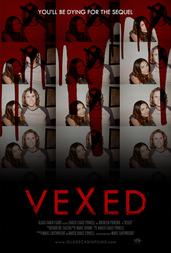 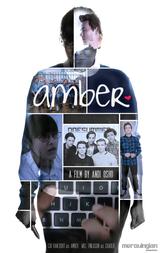 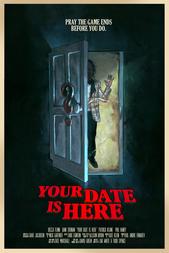